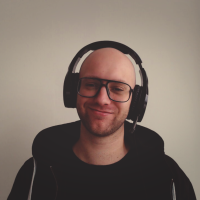 Recently I’ve been spending a lot of time breaking computer stuff. I’ve found a lot of great tutorials, tools, and services in my explorations..

Kali Linux (previously Backtrack) is the first thing that comes to mind when one thinks pentesting. Initially, I installed Kali on a USB stick with persistent storage. Shutting down my Macbook and booting into Kali got old pretty quick. The USB speed also drastically slowed down any IO operations.

I decided to start installing tools on OSX. Higher level tools like wpscan have no issues on running on OSX. Others, like aircrack, have Linux requirements and will have limited functionality on OSX. And after the metasploit installation was fully quarantined by my antivirus, I realized that I did not want to be using these tools on my day-to-day computer. Despite the exploits being harmless when downloaded, I decided separation of concerns is applicable outside of software as well.

The next step was to move to a virtual machine. There are preconfigured VirtualBox images available for download on the Kali site. VirtualBox saved machines are really quick to boot up (~15 seconds) and with the SSH daemon set up I feel at home in my regular environment with all of the Kali features available to me.

I don’t have any authority or expertise to write about using any of the tools, but here’s a summary of what I’ve been exploring: